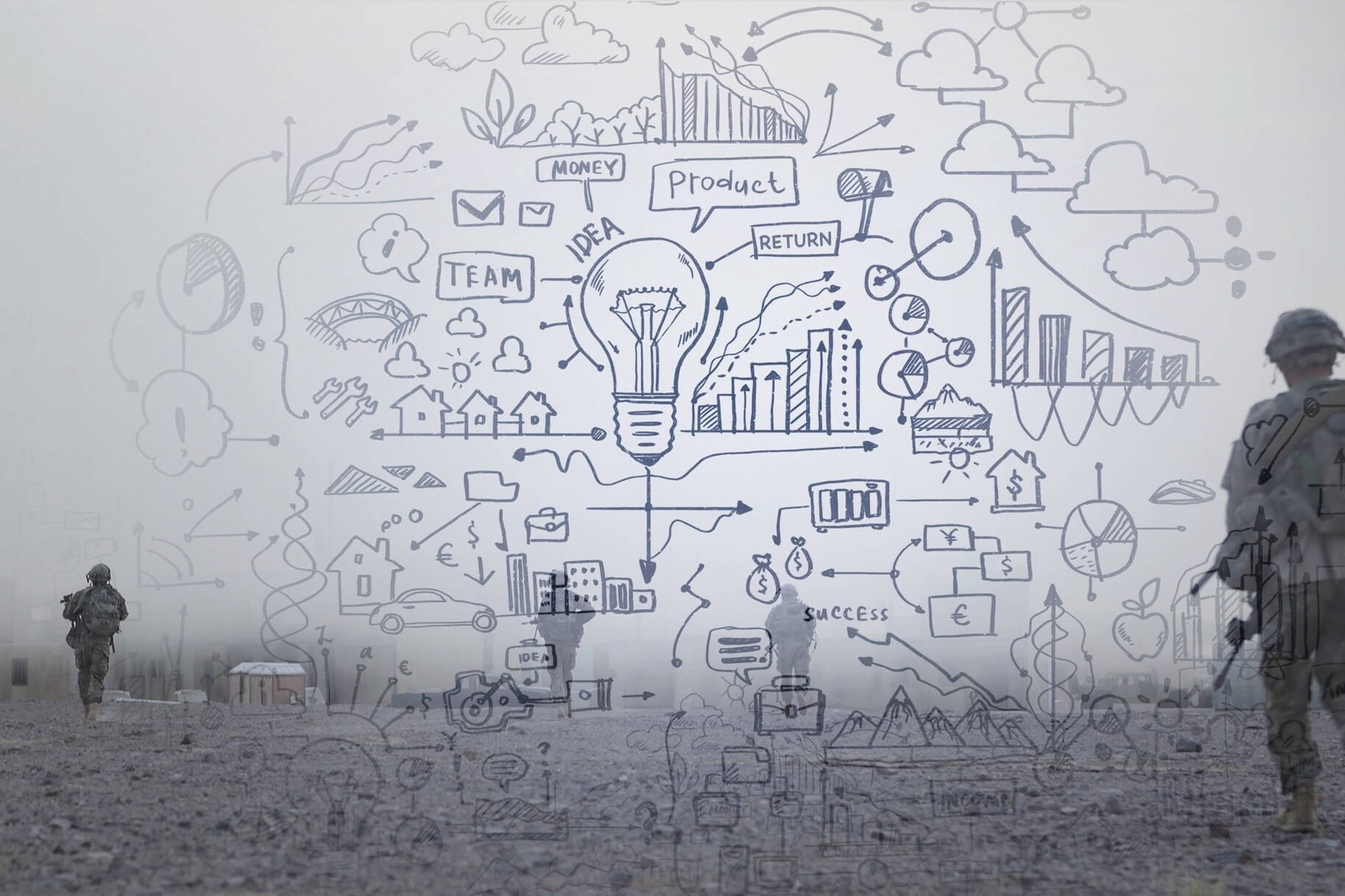 It is no secret that the DoD budget is large and much is dedicated to research and development of some of the hardest problems around. Silicon Valley can point to DoD investment as its inception. Just reference Steve Blank’s detailing of the secret history of Silicon Valley — a fascinating look at the foundation from where some of the most stalwart tech firms came from, with links to a myriad of references that document this founding.

Yet, doing business with the DoD is challenging. The requirements are esoteric and niche; products developed for the DoD may not solicit interest from other industry sectors. And, a company may be prevented from taking their product abroad, due to various legal restrictions (ITAR). In addition, the companies that are successful can be challenged with a business model that is not scalable.

But, who else provides the amount of dollars at this early research level? VCs you say? Not really. My experience has been that there has to be ample market traction for them to jump in. They don’t fund basic and applied research. According to Peter Thiel, venture capital has strayed from its roots and so he has established a fund that focuses on technology development. No wonder he is also a fairly regular attending at SBIR/STTR conferences.

In fact, in the words of the SBIR founder Roland Tibbetts himself, the SBIR program was created “to provide funding for some of the best early-stage innovation ideas — ideas that, however promising, are still too high risk for private investors, including venture capital firms.” He spoke from experience, being an Army vet that later attended Harvard Business School on the GI Bill and then was the first SBIR program officer for the National Science Foundation — and apparently was adept at picking the right company/founding team to turn a small amount of research dollars into game changing technologies.

The graphic below from Karmjob Grewal, who is of the Office of Community and Economy Development, lays out on a technology/product development line generally where the funds plug in:

The SBIR program, managed by the Small Business Administration, administered by over eleven federal agencies doles out over $2.5B a year. The DoD itself doles out just over $1B a year. This is a lot of money. The graphic below, again from Karmjot’s presentation, shows a break down with DoD coming in at the largest percentage, issuing contracts not grants.

Phase I provides limited funding (up to $150,000 thereafter) for studying the feasibility of a technology — or a proof of concept. Phase II provides more substantial funding for further research and development (typically $1 million, sometimes up to $2 million). Phase III involves non SBIR/STTR funds — essentially the company needs to find a customer by then. This customer should be willing to buy the product developed, or, at the very least, provide additional funding to further mature the it because the product/service showed promise.

The term “Phase III” sometimes causes confusion; the challenge comes in that the funding can’t be from the SBIR budget, but it can be from other government R&D pots of money. And, usually more money is required; very few technologies are developed with $1.1M to $2.15M, although product development can get pretty far along.

Of late, the US Air Force and US Navy have started to open some of their funds to seek out and award Small Business Innovation Research funds to those who have revenue streams from outside the Department, and those that have private investors as a stakeholder. This behavior has partly been driven by Congress. The Defense Reauthorization Act of 2012 demanded that the award winners focus on driving the research toward a marketable product and/or service.

To provide business acceleration, the USAF sought out commercial business accelerators to help them attract startups to their program. One of the first initiatives by AFWERX was a space accelerator with LightSpeed Innovations. Afterwards, they entered into a relationship with Tech Stars. One of the first cohorts was one focused on counter drone technology. Another whose demo day was in Feb 19 around multi-domain solutions, and the latest one which just completed their demo day on October 16 2019, focused on Space.

The Navy, taking a chapter out of the USAF playbook, opened up 3 topic areas for accelerated awards in their latest SBIR solicitation — cycle 19.3 . It’s too soon to tell how the Navy’s program will go; suffice it to say that the Navy is also looking for companies that have IP and/or products and services that support markets beyond the DoD.

It is too soon to tell how these programs will impact/improve company outcomes or SBIR program outcomes, but initial results are promising in that an expanded number of primarily commercially focused companies are starting to consider the program, when before they would not have. This is particularly the case where the USAF is encouraging or favoring companies who already have private investors lined up.

As a private investor interested in Deep Tech companies, I am interested in exploring the outcomes, potentially using the SBIR program awardee list to seed my deal flow. My next post will address how investors may or may not favor SBIR awardees.

SBIR at the Department of Defense, National Academies Press, 2014.

Ellen Chang is working to accelerate defense innovation in her role as director of the Naval Portfolio at BMNT Inc.