Instead of just talking about taking risk in defense innovation, it's time we took action to build a workforce that has the experience to do it. 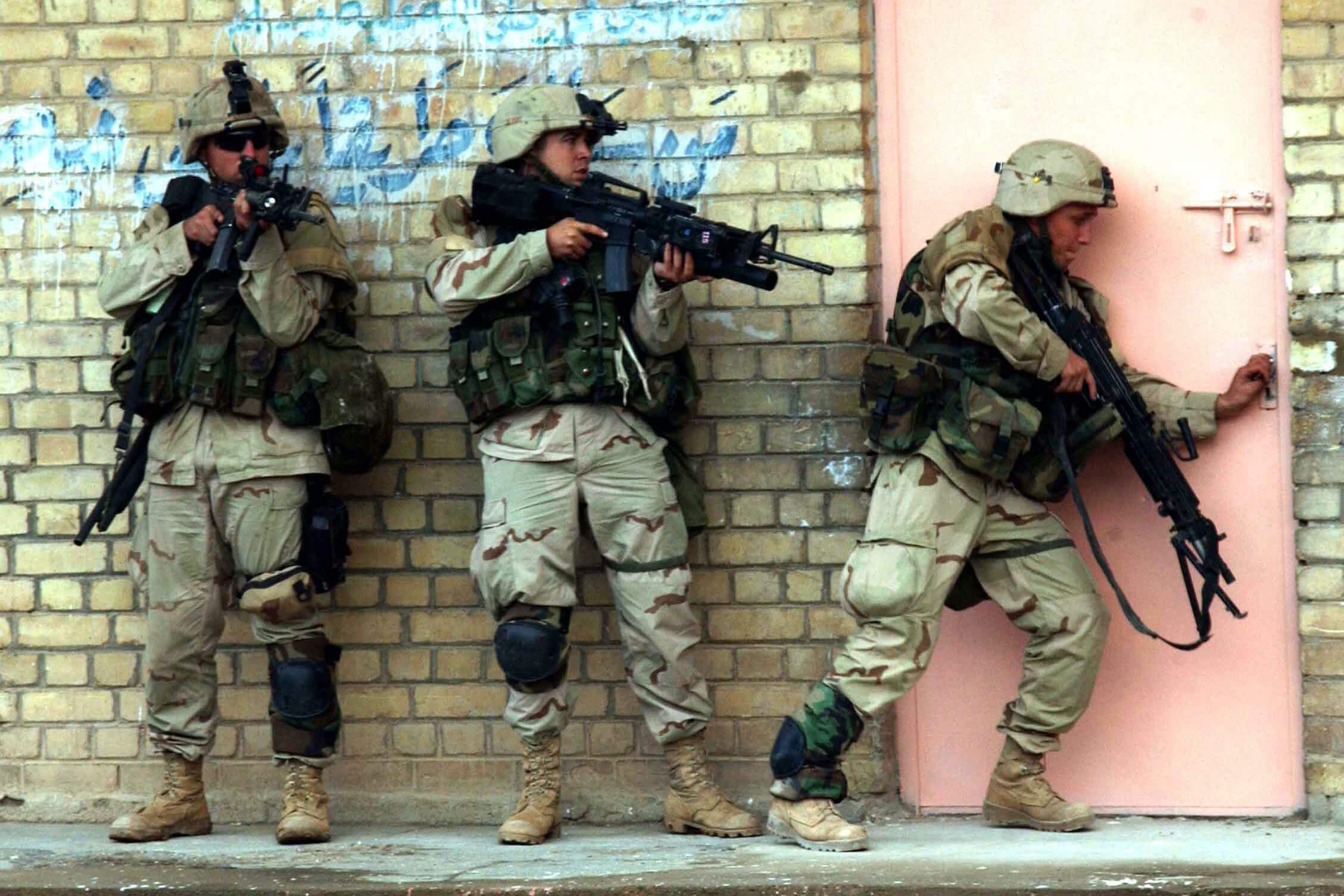 Editor's note: The article first appeared on Defense One.

Why does the Pentagon remain unable to properly exploit the opportunities afforded by advances in technology and other fields? It’s not for lack of exhortation: a long list of Defense leaders, up to and including the current secretary, has urged the Department’s people to innovate, to take risks. As a combat leader who’s now in the tech industry, I’ve come to realize that part of the problem is: they don’t know how.

This is no slur on today’s acquisition corps, which is full of bright, hard-working people. But making good judgments in the face of risk is hard. It involves a complex web of decisions, actions and counteractions that often spiral well beyond the scope of the original task. The higher the stakes, the tougher risk management becomes. The same is true of combat — which is exactly why the military insists that its combat leaders train and study and review and practice, over and over again, in ever-more complex scenarios, so that they are as ready as possible to handle real risk.

In November 2004, I led a Task Force — several hundred soldiers equipped with tanks and other equipment — charged with breaching the defenses of Fallujah and clearing the Iraqi city of terrorist fighters. My operations officer, an experienced tactician and planner, proposed to focus on two breach points. This was a tactically and doctrinally sound approach, yet I changed his plan to focus on a single point. Why?

Four reasons: First, our task force, assembled in the past 72 hours from unfamiliar units, would be working in close proximity, at night, with another organization from a sister service with whom we had never fought. The risk of killing our own in this complex environment was very, very high; a simpler plan was safer. Second, we knew the terrain and enemy positions solely from satellite imagery, often weeks old. None of us had actually seen the ground or the places we intended to force our way through. Third, while I had spent years at Fort Bragg and in the Ranger Regiment training for high-intensity urban combat, the same was not true of most of my subordinate leaders. Most of them had experienced some combat in Iraq, but had generally spent their recent years with peacekeeping operations in the Balkans. Fewer still had participated in a company-level Combined Arms Live Fire, a maneuver exercise featuring live ammunition of multiple types. And fourth, I worried that our unit’s leaders, inexperienced in this type of operation, would be unable to capitalize on a successful breach and avoid a long and deadly fight.

‍
My decisions weren’t based on a whim or my gut. They were made based on my best judgment backed by the confidence that comes from learning why I “died” on lots of practice battlefields.

A minefield got me the first time I led a company toward a mock breach point, in 1992, at the Combat Maneuver Training Center in Hohenfels, Germany. Later that week, I died again—in an artillery barrage that caught me behind a mud-mired vehicle in the breach lane. . A few days later, I was “killed” again   by a well-camouflaged tank that my lead unit rolled past, unawares. Years later, as an operations officer at the National Training Center in California, I watched my tactically perfect plans unravel as small units got lost and key equipment broke. In subsequent rotations at NTC, I died by friendly fire: an Apache helicopter that misidentified my vehicle, an unmarked friendly minefield that we drove into. As the years passed, I died again and again and again in payment for my personal mistakes, poor planning assumptions, and for things out of my control.

Each of these training “deaths” was immediately followed by exhaustive after-action review sessions designed to highlight the events that led to our failures and help us learn the complex calculus that would enable us to accept and mitigate risk on real battlefields.

All this allowed me to recognize, as I weighed options for the assault on Fallujah, that halving the number of breach points created some new risks — principally, that a failure at our single point of attack would leave the Marines to our right alone and unprotected. But my training also helped me understand how to mitigate this and other risks.

With less than 72 hours to prepare for the attack, we chose to keep the plan simple and focus our time on rehearsing it at every level. We built a massive mock-up of the city and walked everyone, down to the most junior leader, through their part of the first 24 hours of the attack. We did this to ensure that everyone knew who was to their left, right, front, and rear; that they understood where they were moving to; and that they knew the control measures that would keep us from killing our own people.

Based on these rehearsals, we made adjustments. The night before the attack, we staged a full-up rehearsal, and made more adjustments. We timed our movement to the breach point and rehearsed the timing of our artillery fires. We surveyed the ground between our force and the defense; I walked up, then crawled further, to see it for myself. Based on what I saw and what the company commander leading the breach force learned from his recon, we shifted the breach point 200 meters to take a cleaner, more protected approach.

On Nov. 8 at 7:25 p.m., we breached the complex minefields guarding the northern approach into Fallujah and entered the city on schedule.

Things didn't go as well for the Marine task force to our right flank. “For five hours, 1/3 Marines attempted to create a lane into the city, only to be thwarted by the insurgents’ defensive positions and the railroad track,” Matt Mathews wrote in “Operation AL FAJR: A Study in Army and Marine Corps Joint Operations.” “The 1-3 Marines were supposed to blow a path across train tracks, but they [were] well built and didn’t break the first time. Then an armored bulldozer got stuck in the breach…With no radio and poor night-vision goggles, the backup bulldozer couldn’t find the breach…The delay meant that several vehicles came together near the breach point. Insurgents took advantage, launching three mortars, wounding four as they struck two tanks and an armored troop carrier.”

For all our planning, this was a risk we had not anticipated or planned for. Unprotected on our right flank, alone in a city of enemies, our Task Force fought on its own for six hours. One member of the Task Force would earn the Medal of Honor; several others would lose their lives.

A few days later, I was faced with an even tougher decision. Recognizing an opportunity to bring a quick end to the fight, we coordinated a plan to finish clearing our portion of Fallujah and that of the Marine unit to our right. But as we began to move units into position the next morning, the company commander of my lead element was killed. The loss of a popular and charismatic leader is tough for any unit to handle, but most have an executive officer, a “second in charge,” ready to step in and assume command. In our case, the unit’s XO had been killed the day before. Normally, the loss of two of the three senior leaders in a small unit would cause you to delay the attack or replace the unit. Unfortunately, we had no replacement available.

Delaying the attack, which the Marine leaders offered as an option, would have enabled a fanatical and deeply entrenched enemy to reorganize, rest up, and burrow more deeply into the city. Mitigating my own risk, therefore, would increase the risk to other units. Ultimately, I decided to press on with the attack. What ensued was a long, difficult night, but when the sun came up the next morning there was no fight left in the city, and we lost no more lives there.

From the military to Silicon Valley

I retired from the military in 2013, after 32 years of service. I rented a house in Silicon Valley and, along with three other people, founded BMNT, Inc., quite literally in the driveway. I had little practical experience with business-based risk, but I quickly found that my experience on the battlefield gave me — and the people I trained — an edge.

Several things stood out. First, the wisdom that enables an individual to judge risk in complex situations is borne of repetitions of a challenge in varying conditions. Years of conditioning and multiple training exercises at Combat Training Centers gave me the experience to make the right decisions in Fallujah; the multitude of rehearsals we executed before the attack ensured that my subordinate leaders understood my intent and could rise above the risk. We’ve adopted that mindset as entrepreneurs, creating accelerators at BMNT that are now centers for training another generation of leaders in industry and DoD.

Second, no individual can properly understand all the risks in a complex situation. The chance of success is increased when a diverse group of leaders with different backgrounds work in concert with one another. Professional silos are the antithesis of successful risk management.

Third, leaders who fail to find a way ahead despite risks don’t solve problems; they simply transfer the risk elsewhere. Often, it is transferred to lower-level leaders who lack the practice, training, experience, and resources to handle the risk — or even recognize it. In the Pentagon, our acquisition and contracting rules and procedures seek, above all else, to reduce financial malfeasance. But this has cost us countless opportunities to build the best possible combat force. In today’s fast-moving era, the ability to spot and seize on an opportunity may determine the success or failure of a company — or a military.

Secretary Esper and leaders in the defense industrial base must move past mere calls for more risk, past efforts to copy Silicon Valley’s best practices for innovation, past a focus on technology scouting and venture capital. These will not grow an acquisition force capable of taking the kind of risks that reduce the risks on the battlefield. Instead, we must apply what the military has long known about developing its leaders. The Defense Department should: